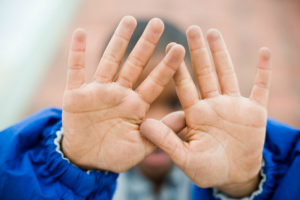 We are dedicated partners in ending domestic violence in San Francisco.

The St. Vincent de Paul Society of San Francisco is proud to serve the Bay Area community by providing crucial shelter and supportive services for survivors of domestic violence. 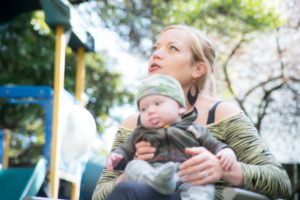 Join us for Denim Day!

April 27, 2022, marks the 24th celebration of Denim Day in the US. Denim Day is the annual sexual assault awareness event that works to start conversations about the destructive attitudes surrounding sexual assault, such as victim-blaming.

The Denim Day campaign began in 1999 as part of an international protest of an Italian Supreme Court decision to overturn a rape conviction because the victim was wearing jeans. The Italian Supreme Court dismissed charges against a 45-year-old rape suspect because his 18-year-old victim was wearing jeans at the time of the attack. The Head Judge argued, “Because the victim wore very, very tight jeans, she had to help him remove them… and by removing the jeans… it was no longer rape but consensual sex.” The judgment sparked a worldwide outcry from those who understand coercion, threats and violence go along with the act of rape. Each year we host Denim Day to honor this survivor and all survivors who have experienced victim-blaming. Denim Day is a symbol of protest against misconceptions that surround sexual assault.